This portrait – one of my favourites – was taken in the grasslands outside of a Masai village in Tanzania, where I had just spent the night. As a side note, I took this photo while we were waiting for a goat to cook over an open fire, a goat which we had just slaughtered, and whose blood I had just sipped from a dainty little cup.

We were out in this open field around the fire with all the Masai men, and the boys (men in waiting). The boys kept going out in the fields to hack dry grass or fetch sticks for the fire — or whatever the men told them to do, really — and we were lucky for an overcast day. The first thing that caught my eye was the soft, and warm, light coming off all that yellow grass. The second thing I noticed was that this boy’s red blanket — a Masai shuka — contrasted really well with the grass. I knew immediately I wanted his portrait.

I had a lot of options: I could grab my 50mm lens and get close; I could get my wide angle and get an environmental portrait; or I could get my zoom lens. My decision was based on how drastically the red blanket was “popping” when out in the field. I wanted the boy to literally “pop” out of the photo — that is to say, I wanted the light and colours of the field around him, but I didn’t need them in focus because that would take away from the drama of the boy’s face and the red of the blanket. At the end of the day, for this portrait I had in my mind, the environment didn’t matter — it was the colours, the beautiful tones of his skin, and the cultural clues (blanket, machete) that I wanted. The answer then was to get as much out of focus as I could, except for this boy.

The correct lens, for this image, was the 70-200mm 2.8 (mine is Sigma, for the record), pushed all the way to 200mm. Why all the way to 200mm? Well, there are three things that result in shallow depth of field (the aforementioned dreamy out of focus areas):

2. The length of the lens: The longer the length of your lens, the shallower your depth of field appears. Take a picture at 70mm, and then the same composition at 200mm, and you’ll find the 200mm image has a much softer background, more out of focus, than the 70mm. There’s a lot of technical reasons why this happens, but for this short blog post, suffice to say, it does work (an exception being if your zoom lens does not have a fixed aperture, i.e., if it has 3.5-5.6, then zooming out results in the aperture going up, which changes that DoF). Another advantage to choosing longer lengths is that it softens, or flattens, people’s facial features, making it more pleasing to the eye.

3. The distance between the subject and what is behind them: If this boy were standing with his back to a hut, a wide aperture and a long length would still give me a nice portrait, but since the hut is right behind him, it will never be totally blown out (focus wise), though it will be soft or a bit blurred. This is because the hut wall would be just mere inches from his head, as opposed to, say, a bunch of bushes 100 feet behind him.

As I usually do, I took a few photos at different lengths to be safe. See for yourself:

Image 1: Taken at 70mm, at f/5. This would be a kind of environmental portrait with the grass and the trees. Classic Rule of Thirds here. But a bit flat, in my opinion. 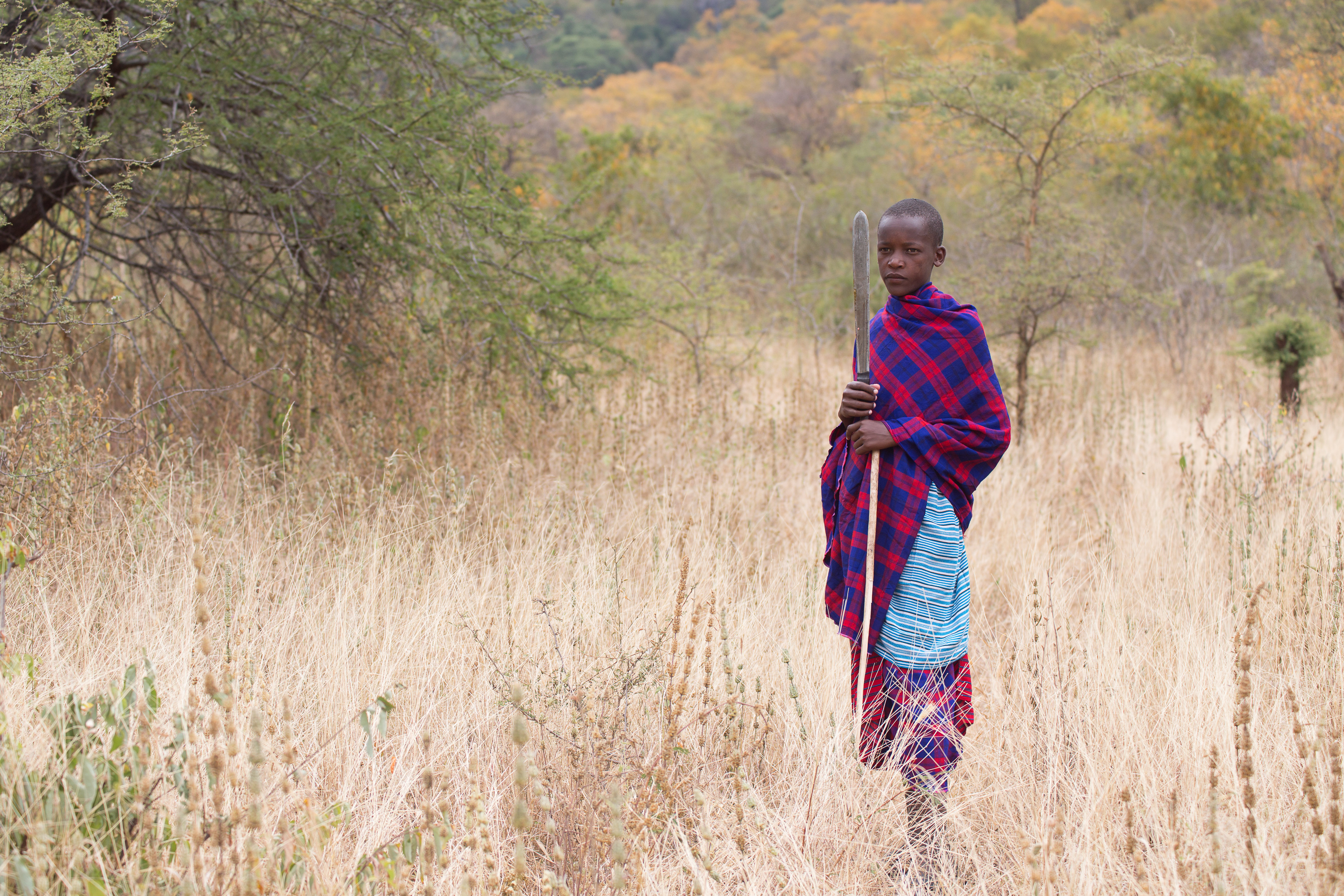 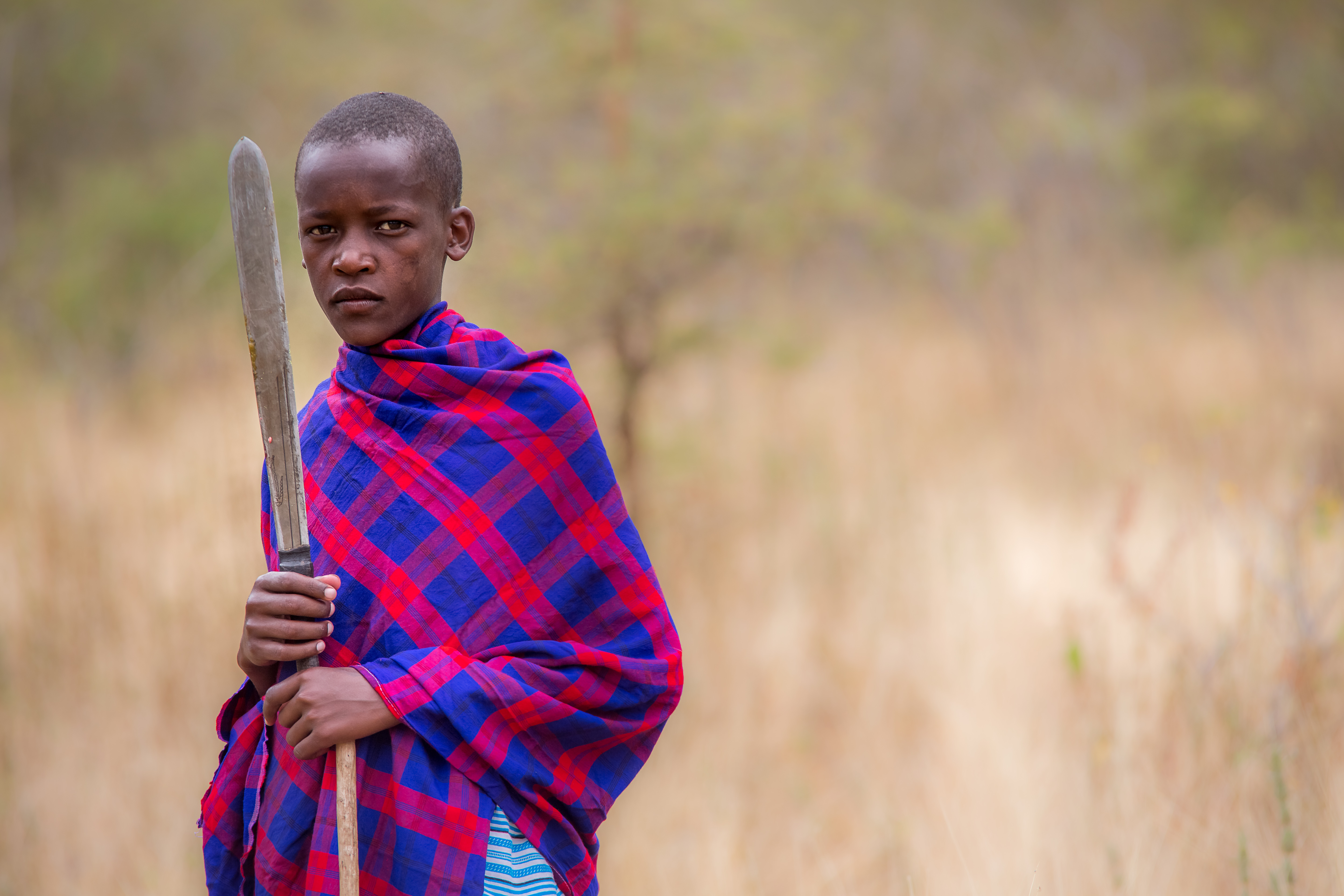 Obviously image 2 was the one I wanted because the boy is totally isolated. So, why f/5? Not exactly a wide aperture per say. Well, f/2.8 at 200mm, and with a long background would result in such a narrow depth of field that 1) it would be easy to misfocus the shot and 2) i’d lose details that i liked. f/5 at 200mm gave me the boy’s entire torso sharp, including his machete and blanket. Remember how I wanted him to “pop”? So much shallow depth of field might have actually taken away from that goal. If you combine two of those above mentioned factors, you’ll get a nice shallow DoF. To combine all three though, and you’re at risk of having nothing in focus all together.

4 demo reels that will inspire you to get out and shoot
Behind the image: Anchored in the Philippines
Your life is your writing, use it
Book review: The Jade Peony by Wayson Choy
MatadorU student on way to Kurdistan to help refugees
Candice Walsh’s must-read for the week July 22nd