This image was posted at the weekly MatadorU photo Lab recently (for students you can check out the Lab here), and we found it so engaging we wanted to know more of the story behind the shot. Here it is, in MatadorU photo student Andrew McConachy’s own words:

I looked in disappointment at the image on the viewfinder of my camera. It was the result of a poorly planned snapshot taken without the subject’s permission. It was not even close to what I had visualised. Forget about it, move on said the voices in my head! But the excitement of the original image I had seen remained. Ask him for a photo, what’s the worse that can happen? I laughed nervously to myself as I approached the gun shop owner.

A few minutes earlier I had discovered an underground subway that provided an easy path from one side of a major road to another. I was wandering the streets of Istanbul taking in the amazing sites. The subway was lined with little shops on both sides. These shops mostly seemed to be full of novelty items and toys. Like spiderwebs they did a wonderful job capturing their prey and drawing them in. Parents tried in vain to rush children past the shops and use the subway as a means for crossing the road. As I walked through the subway I noticed something that seemed completely out of place: a gun shop. The owner with his arms resting on the front counter stared blankly into space.

As I approached I noted that every small space of the small shop seemed to contain a gun. Reaching the counter I pointed at my camera and asked in English if I could take a photo. His next action terrified me. He reached under the counter, pulled out a pistol and pointed it straight at my head. After initially freezing, my desire to get the shot somehow overcame the fear. I pulled my camera up to my eye and he quickly recomposed with his arms crossed and the gun pointed sideways. The look on his face was one of smugness but also pride. I fired the camera and captured the image! 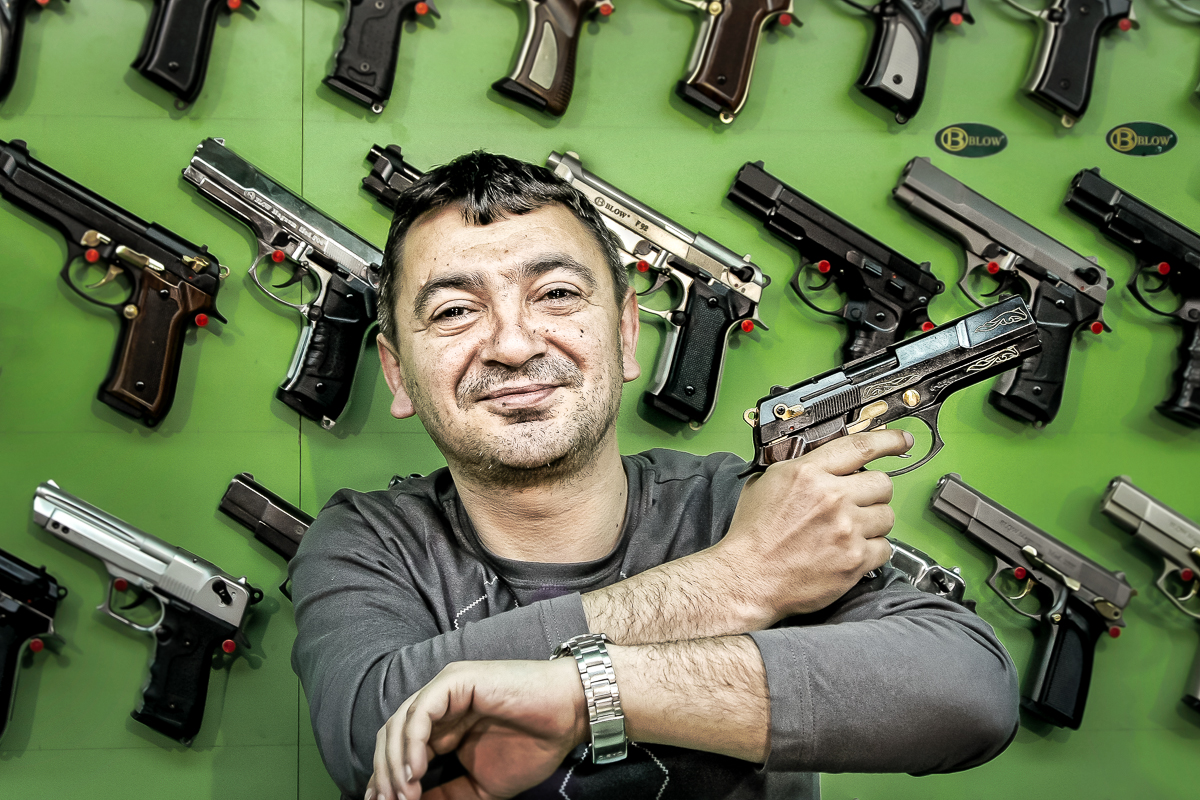