Why I'm Not Going to Complete Assignment 10 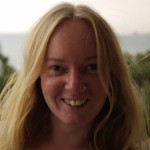 I am not going to make myself a Media Kit. I’m not creating an ‘Advertise’ page. Why not? Don’t I want to make money? Well yes… no… kind of.

A few years ago my greatest ambition in life was to escape from the monetary system. Unfortunately, the processes I decided it would be necessary to engage with in order to pull off this feat do not appear to be conducive to a life lived adrift, a life on the road. I do know some people (two, in fact) who are travelling long-term without the use of money. One of them travels between communities, helping out, using his expertise in computers and his absolute passion in money-free living to survive, or potentially even thrive. This is kind of where I started out – travelling to communities, to projects, helping with campaigns. But I want to write. I *need* to write. How do I write if my life consists of feeding into other people’s – enormously worthwhile – projects? Hmm…

The other money-free being, judging by his blog, seems to survive by accepting whatever other people give him – lifts, food, beer, cigarettes…

Neither of these models fits with the way I want to live. Also, they only really work in rich Western countries, and I want to go East. And I don’t want to survive by begging food from poor people, or even by accepting the endless hospitality of those who have really very little to share. I need money. Damn.

So now I am using money. What I want is to be more sustainable with that money – not just finish off my savings; not live on government support. I need to build a bit of resilience into this life of mine. So maybe I could write… for money? Yes, it appears I can do that. Obviously, as well all learned in Chapter 7, it would be tough to make a full living out of freelancing, but really, I need very little. When I’m on the road, I only pay for food. And I still have a small income coming in from sub-letting my flat.

What I don’t want is for my writing to become a sideline, a method by which I earn money from advertising. Apologies and no offence meant by this to anyone, but it really feels like selling my soul. I have heard Julian Assange say that we are all the product now when it comes to social networking – that’s largely why I don’t have a Facebook account (though I do now have a Twitter – probably not much better). If I make an advertising page, if I start thinking of everything I write in terms of selling ad space to corporations, that will really be the end of anything I held dear to my heart before I started this course. Also, my readers will hate me for it. Yes, they will. Trust me.

There are some other avenues I am open to going down in future – looking at other traveller blogs in the last assignment, I was inspired to see people making money by selling books, with a donate button and by running retreats. These are all interesting ideas and I bet there are a lot more out there. For now, I’m going to skip this week and move onto taking photos. 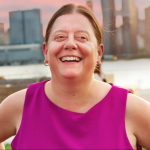 You may be surprised to learn (unless you happened to be eavesdropping in the other thread where a similar issue about blog monetization came up and I got a whaling from one student) that I feel quite similarly and that none of my five blogs is monetized. That being said, I’m *convinced* that there’s a way to monetize online spaces in a way that’s creatiev and honest and not slimy and that is conflict free… but I haven’t quite figured it out yet.

Actually, I did read some of the posts in that thread, but I was still a little nervous about posting this piece. It’s nice to hear that others feel the same way, especially somebody with a prominent position in a magazine I respect.

Thanks for the support

Basically, I’m waiting for the renaissance of patronage.