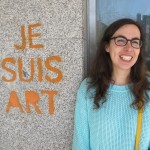 ”Is that safe?” I got that comment before traveling to places like Buenos Aires, Poland or Sicily, so I’m curious what happens if you actually go somewhere most people think is dangerous (not just easily scared/ultra protective friends + family).

Have you ever traveled somewhere that is typically portrayed as dangerous in the media? Was it as dangerous as you were expecting? Or did you have a completely different experience? Tell me about it.

If you want to submit an article for publication consideration at Matador, check out this Marketplace lead.

I get it just about everywhere. I ask back “What’s safe to you?”

Funny, I’m most on edge in the USA. Feel fine in most other places.

At any rate, one that stands out to me was Cairo, Egypt. It had had protests and such so it was maybe a more valid question than other places. It was friendly, vibrant, eager. I got a few butt grabs from preteen boys but older men chased them off. I got stared at a little bit, but sometimes that’s just cultural.

But no, I never felt unsafe other than feeling on edge on arrival (but that’s usual for me, I feel better when I’m all checked in with a bed and some food and wifi). 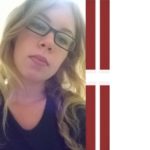 I’ve traveled to the alps in southfrance. Perhaps this isn’t your ‘typical danger’ like crime and soforth. But it does have natural dangers, like climbing on the natural mountainsides, riding your bike down the slopes, and hiking on steep gravelroads. Now, I actually sustained several smaller injuries, like cuts and big bruises. I was hospitalised for a couple of days with a headinjury, and wounds all over the right side of my body after i crashed on my bike.

Nothing I didn’t recover from, tho’ I still have the scars to prove it. In countries like France they take good care of you on the hospitals and such, so there was really only myself to blame (: 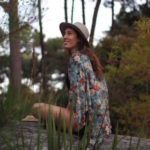 I’ve traveled solo in Morocco, South Africa, Israel, India and many more. I’ve hitchhiked or hiked alone in most of those places, too. I think “Is it safe?” is the wrong question to ask. Nowhere is safe. The question is, “Is this experience worth the risk for me?” Everyone’s answer will be different.

Incidentally, I’ve never felt unsafe in any of the many “unsafe” places I’ve traveled. People are overwhelmingly kind and helpful, especially when you’re a woman traveling alone. I have more to say, I may write something up and submit. 😉 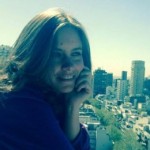 Haha, glad you mentioned Buenos Aires…I’ve visited there more than 25 times and have never once had any problems. Nothing.  I’ve had strangers go out of their way to make me feel welcome, to help me with directions, to walk with me to make sure I arrived okay.  The big issue facing tourists issue is theft, but you’ll be fine as long as you aren’t flashing your latest iPhone around, or walking around with a fancy camera around your neck, or leaving your purse or laptop on the restaurant table while you don’t pay attention.

It’s one of the most kid-friendly cities I’ve ever been to. In my experience, it’s an unforgivable mortal sin for any Argentine to mess with kids or moms, so if you travel with kids in BA, people will most likely help you and look out for you even more than normal.

You know what I sometimes find? Locals that think their country is more dangerous than it is. I spent a month traveling across Russia, from St. Petersburg to Irkutsk on the trans-Siberian rails. My ex and I met some Russians randomly who were shocked we were traveling the way we were (independently)…they thought their country was so dangerous. I did feel quite sketched out in Moscow to be honest…but that could have been because of the Russian in Petrozavodsk that we couchsurfed with who told us all about the corrupt cops, and never to make eye contact with them. All in all though, felt pretty safe.

My grandmother, who lived pretty much her whole life in the same house in the center of Madrid — she spent a few years in Hitler’s Germany during the Spanish Civil War, but that’s a different story — was convinced the city had become a crime hub during her last 10-15 years. She only left the house to go to the church, 3 minutes away, or to spend time in Galicia with us, so everything she got was from the news and got really, really worried whenever I went out at night when I was living there. It was hard to convince her the city was really safe! 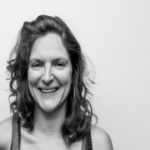 I think we can all agree that living in a certain country or just visiting it are two different things. I didn’t have any unpleasant experience while traveling alone in Mexico for two months and I’d never perceived it as a dangerous place until I moved there. That doesn’t mean that I live in constant fear or that Mexico isn’t incredible. But I do have to follow some rules to reduce the possibility of something bad happening to me.

That’s a very good point Martina. In some places I’m sure tourists are more protected than the citizens to safeguard the industry. 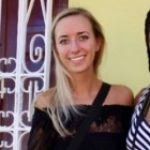 A little less than a year ago, the U.S. State Department released a travel warning for Colombia just before I traveled there, and I even had a couple colleagues and clients tell me as a woman I was asking for trouble going there. Admittedly, I was nervous to travel there myself after what I had read online, but was pleasantly surprised not only to find that I felt quite safe there (while taking normal precautions, of course), but also that locals seemed to pay less attention to an obvious tourist compared to most other places I’ve been.

People often ask me where I’ve felt most unsafe in my travels, particularly citing Southeast Asia, the Middle East, Morocco, etc. As a born-and raised American,  I can honestly say the United States has always felt safe to me being that I know my way around, where to avoid, and how to interact (or dodge) certain local behavior, but is also definitely the most uncomfortable for a woman walking about alone. 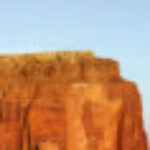 Hi there, i have to agree with Kate ” what is safe to you?”, as for me I traveled to Ukraine long back when i was 19.  I liked it so much that i ended up there for almost 4 yrs.  Recently last year i decided to try something that maybe you’d call unsafe by taking a trip to Syria.  Went to a place called Rablah, which is a small village on the border with Lebanon mostly it is Christians and wanted to really see what went on the past 5 yrs.  It was great experience for me but i wouldn’t really call it unsafe, the only issue i had is sleeping for 9 nights in a 20 ft container with no toilets of course, very called up in the mountain, took a dozens of interviews with people and came back home.  Now was it safe or not didn’t really matter much to me as the trip it self, the people, the place wiped all that fear away. 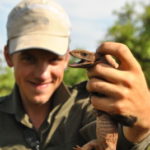 I lived in the Central African Republic for the better part of five years, even in 2013/2014, when the country was in near-all-out genocide. I think early on, the CAR was portrayed as dangerous because it had almost zero ties to the US, with a high Islamic population, and a nearly collapsed economy. When the US Ambassador heard I was living there, he requested to meet me, apparently because he wanted to convince me of the dangers of being there. Even the state department website said it was a high risk area. I found contrary to what I had heard, the people were generally VERY friendly and hospitable. Even during the fighting in the later years, I was somewhat immune to the violence, since I was a Munju– or white person- and the clashes happened between the two large ethnic groups. There are places in the US that I feel more afraid to be than I did almost anywhere in central Africa. 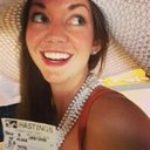 I recently spent 2 weeks in Japan by myself. I was surprised when almost everyone I knew seemed concerned I was going there by myself. It wasn’t that they thought Japan was a dangerous place, but as it is so different to Australia (my home) the culture difference would leave me vulnerable situations.

Needless to say Japan is such a safe country! 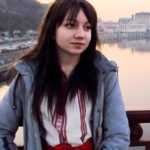 I have been in Chechen Republic in Russia. It is muslim republic. I’ve been there with my female friend, it was strange for locals that two girls walking without man. Thats why they always tried to help us!

They had war with Russia for independence back to 1990th.  World’s society think that there are terrorists there. Some amount are really exist. But! Mostly there are just normal people live in Chechen. Hospitality for them is more important then  differences in religious! We were guests in their country! They try to do their best. We met policemen  with machine guns, who helped us, we hitchhiked and two bearded men picked us up and sent to the capital – Grozny. They were really gentlemen, no joking.

Chechen is nice Republic with beautiful and hard history.