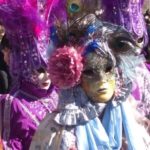 The ship, MSC lines Opera, 65.000 gross tonnage and 275 meters came into the quay with a very small angle. The engine was blocked but kept thrusting. The cable to the tug trying to hold it away from land broke and the ship landed between the quay and a passenger boat. 5 people were brought to the hospital, none in serious conditions.
In May 2018 another ship, Marella Discovery, 264 meters of length and 50 meters high, was drifting out of control for half an hour in the middle of the Giudecca-Canal in the center of Venice. She too was dangerously close to the Zattere side before three tugs were able to pull her away. And before that, there have been other incidents.
This time a disaster was avoided. But what if the ship had had a different angle? It could easily have cut the smaller boat in two and drowned 120 passengers and crew. And what if it had come against the quay a few meters earlier? At Zattere, where the foundation is the normal wood poles and marble? And if the angle was greater? It could easily have pulled down half of Venice. It could have destroyed hundreds of palaces and killed hundreds if not thousands of children, men, and women. Tourists and locals alike.

Has the time finally come to stop the huge Cruise ships from driving straight through the historical center of Venice, before a real catastrophe occurs?