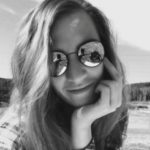 Perhaps everyone who comes to Montenegro for the first time is filled with curiosity about what the little mountainous country in the south of the Balkans really is. For many visitors, the imagination of the countries remains unknown and mysterious. For almost until the end of the 19th century, Montenegro was completely unknown to the outside world – a white spot on the map of Europe.

Today’s tourists may read a tour guide before traveling, but they do not understand the same things after arriving in the country. Understanding the real Balkans is very difficult for other Europeans. And Montenegro, in a world known as Montenegro, lies in the very heart of the Balkans. In order to penetrate into the soul of the Balkans, he would have to spend much of his life there, familiar with the environment, people, the depth of their thinking, opinions, their peculiar culture, customs, traditions, and especially history. you could put many events into context. Then he would understand the Balkans.

Montenegro as an eagle’s nest of famous junakas, like a rocky island of freedom in the all-encompassing sea of ​​Islam, has for centuries been a symbol of fearless and victorious struggle against the oppressors. Montenegro is a small country surrounded by masses of tall and rugged mountains that stretch from the north to the Adriatic, where the seaside mountain range seems to come directly from the sea. In this picturesque alpine valley, surrounded by deep mountain climbing, gorges, and canyons, interwoven with beautiful blue-green turquoise rivers and lakes, has lived for centuries by a small number (today, over 620,000), but a proud Montenegrin people. His history dates back to the 10th century, beginning with the Duklja dynasty, beginning with the Vojislavljević dynasty, connected with the Serb people, with whom Montenegrins created the common early medieval state of Raška, the powerful Nemanjić dynasty. From the 2nd half of the 14th century. the Zeta headquarters in Montenegro, headed by rulers of the important Crnojević dynasty, are already established in this area. It was also a period of Turkish invasion of the Balkans after the mighty army of Sultan Murad I in a memorable battle on Kosovo’s field on June 28, 1389 defeated the weaker armies of the Serbian prince Lazarus. Among his troops was the auxiliary section of the mighty Bosnian king Tvrtka I along with the troops of the Montenegrins and Croats. In Kosovo, these South Slavic brothers fought side by side against mortal Turkish dangers. Although it sounds somewhat pathetic, the Kosovo battle has entered deep into the souls of both Serbs and Montenegrins, who, by opposing a stronger enemy, did not want to humble themselves and accept Islam, choosing instead, as they themselves called, the heavenly kingdom (death) instead of the earthly in porbe). Since then, he has had 28 June for them, Vidovdan, or St. Welcome, almost mystical meaning. The events surrounding this fateful battle and its subsequent resistance, when they had defended Osman’s rule for centuries, immortalized the Montenegrins in the graceful folk epic poems of the doctrines, in which the verses consist of ten syllables, alternatingly accentuated and unstable. The beauty of the ten centuries in the 19th century. they also admired Goethe or the Grimm brothers. It is known that Goethe even taught Serbian to read these epics in the original.

Osmané from the 14th century. progressed from the Bosphorus to Europe, and for centuries they held almost the entire Balkans, part of Uher, they even conquered Vienna twice, they were also in favor of the papal state and Venice, possessed their possessions in the Crimea and Egypt. But the little Montenegro has never been able to get it all. They occupied only the lowland areas around Skadar Lake, where they created the so-called Skadar Sandzak. Part of the territory in the north around the town of Pljevlja merged with Hercegovina in Hercegovačko-pljevaljski sandžak and occupied the area around Lake Plavsko in the foothills of Prokletije adjacent to Albania. Therefore, in the 15th century. Montenegrin ruler Ivan Crnojević moved Montenegro’s government headquarters high up to the Lovćen Mountains, where he founded the new capital of Cetinji. It became for 400 years the political, cultural and religious center of Montenegro, from which the rulers and later princes organized resistance against the Turks. For Chernorka, Lovecen is still a symbol of their struggle for independence, to a sacred place that is rightly referred to as the “Montenegrin Olymp”.

Life in Montenegro has been conditioned for centuries by the struggle for independence. Montenegrins began to be known as the Ratnički Nation, the Warrior nation (rat = war, struggle). Their homes were built high in the mountains because they were vulnerable in the valleys. There the Turks burned their settlements, but Chernorigans were protected in the rocky mountains, they were able to orient and move in the mountainous terrain. The men joined in the warlords and in the inaccessible mountains, away from their families for several months, they had improved in warfare to keep them ready to fight. They have successfully won a number of battles against counting. This was the case, for example, at the beginning of the 18th century. at a place called Carev Laz, where about 8,000 Montenegrins defeated a 50,000th Army of Turks, including the elite unit of the janissaries. As one Turkish historian wrote, “Turkish soldiers were afraid of the great black men of the mountains.” The peculiarity is that the Montenegrins never had military uniforms at that time. In the fight, they always dressed in the most beautiful festive costumes. Especially if he had fallen, Cernohorec had to look dignified as a true hero.

Montenegrin women were very independent and hard at the time. They themselves led the household, cultivated their fields and cared for the livelihood and education of children, because their men were still fighting. Previously it was taken for granted that Chernobyl must only die in combat. The man must not be afraid and never cry. Neither the Montenegrin women were allowed to mourn their men. Falling in the fight was an honor for them. As a sign of mourning, the women kept their beautiful long black hair and threw them on the graves of their dead men, fathers and brothers. By the end of their life, they were wearing black. Until today we can see black-haired women all over the Balkans, but mostly they are only older women in mountainous areas.

The heroism of the Montenegrin Junkers was chanted in many folk songs and poetry epos. The singing was always accompanied by guslar gusle, a one-of-a-kind musical instrument of the old Montenegrins – the horns. The most famous poetic epic was definitely Gorski vijenac (Mountain Wreath), which was composed by one of the most important monarchs of Montenegro, Lord Peter II. Petrović-Njegoš. There is probably no Montenegrin who would not even remember this epic whole or at least part of it. This Njegos’ work has been translated into several world languages ​​(including Czech). Montenegrins also appreciate the significant Czech painter and ethnographer Jaroslav Čermák, who lived for a long time in Montenegro in the 19th century, during Romantic times, and also worked as a family painter at the court of the royal family. He painted the portraits of her members, especially the last king of Montenegro, Nikol Petrović and his wife, Queen Milena, historical scenes from the Chernobyl battles, romantic scenes from the life in Montenegro, and portraying many of the country’s inhabitants. His paintings are located in numerous important buildings of Montenegro, some of them are located in the Prague National Gallery.

We can divide Montenegro into the poor north, which the Montenegrins themselves call “towns and villages of poor retirees,” and richer in the south, where larger cities like Podgorica and Niksic are inland and especially the entire seaside. It can be said that the mountainous north and the hinterland are gradually being depopulated and there are only old people who can still cultivate their little fields high up in the mountains or live with the sheep and cows shepherd. Their pensions, if any, are very low, ranging between 130-200 eury. They must therefore financially help their children who are employed or doing business, whether at home or abroad. Perhaps half of Montenegro lives and works abroad, many have gone to work in Serbia, mostly in the capital of Belgrade. In particular, young people leave their native mountain settlements first to study and then to work in larger cities and the seaside. There is work to be found in tourism, hotels, hospitality, other services, also in shipping, road and air transport or in ports, shipyards and oil refineries in Bar. Throughout the Montenegrin coast, extensive construction of new tourist facilities has taken place in recent years. A number of foreign investors have come here who have bought most of the existing hotels they renovate, but also land along the coast where they build new accommodation. Often it exceeds the abundant capacity of the coast and alarmingly disturbs and disturbs the original virgin beauty of nature. There is also a great deal of corruption and neglected control of this “wild” construction by local and state control bodies. It does not leave many Montenegrins in peace. Something may have moved for the better. It is now in the interest of Montenegro to deal with this negative phenomenon and save what can still be saved. 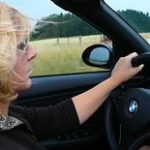