Message from the new Dean of Education

Hello from wintry Nelson, British Columbia! It’s -10 degrees Celsius today and there are big icicles hanging from the eaves outside the window. Today I am grateful for central heating 🙂

I just wanted to introduce myself as the new Dean of Education at MatadorU and tell you a little bit about me. First though, big thanks to Josh Johnson for the great job he did as Dean. Besides being a colleague at Matador for several years he’s also a friend and I wish him the best in all his future endeavours. He won’t be a stranger here if I can help it!

About me: I’ll be 38 next month, grew up in Vancouver, and began contributing to Matador as a freelance writer in 2008 after joining the Community, while I was living in Melbourne, Australia for two years. Before Australia I’d traveled extensively in Western Europe in a campervan, toured through Russia and Mongolia on the trans-Siberian railway, and traveled around China and Vietnam. After leaving Australia in early 2010 I cycled around Cuba, spent some time in Mexico and lived in New York for 3 months. I’ve lived in Nelson since October 2010 and have no plans on leaving anytime soon!

In 2009 I was hired as co-Editor for what was then Matador Trips, and then took over editorship of what was then Brave New Traveler. As Matador evolved (we abolished the separate channels and brought everything under matadornetwork.com) I moved into a Managing Editor position where I’ve been since 2012. I’ve also worked at the U in the past as guest faculty, providing feedback on student assignments.

In my previous life I worked for Telus, a large Canadian telecomm company, for around 11 years so I’ve also seen and lived the corporate cubicle dwelling life. Not that there’s anything wrong with it – just different. It’s what afforded me to move abroad, travel, and ultimately lead me to where I am today.

Drawing on my work/life experiences and background with Matador I believe I’m bringing in a wide and informed perspective to the U. I value education highly and am really excited to dedicate myself to driving the school forward, making your experience as students the best it can be. We’re very proud of what we’ve built in MatadorU; at the same time we recognize there is always room for improvement and growth. We have big plans for the future!

I’m always interested to hear what your experiences are as a U student, both good and bad. If you feel compelled to share and/or have suggestions in how we can improve, please don’t hesitate to contact me or Sarah, your Student Advisor.

Thanks for taking the time to read. Have a safe and happy holiday season! 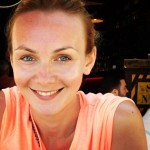 Thank you for this note, Carlo!

Just joined. Perfectly aware of what  what “corporate cubicle  life” is.  This life is my reality for now, which is pushing me to ask questions what’s next.

Excited to start the course.