In this age of lack of time for everything and lots of images everywhere, it’s difficult not to look at photos for more than only a few seconds. Do you usually take your time and look at the work of the masters? Do you think we might learn something valuable from a master photographer from, say, the 1960s, in this digital age?

Sometimes, I love to take things slowly and enjoy while looking at the work of, for example, Robert Frank.

Who are great inspiring photographers for you? 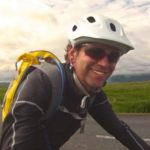 For those of us who started shooting on film, there is certainly much to be learned by reviewing the works of photographers from previous generations. In our modern age of HDR and post editing, the authenticity of image making has been corrupted, not by just the maker of the image, but by the viewer as well. Viewers of images have developed an appetite for over-saturation, impossible perspectives, and simply scenes that are unnatural if not patently impossible. A giant red moon photoshopped onto a desert landscape looks great to many people, as realistically impossible as it is.

So, yes, there is much to be learned from the Henri Cartier Bressons of the past, people with on body, one lens, one darkroom. 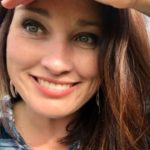 David, you have hit on one of my favorite things to do. I frequent indie bookshops that sell used books and spend time looking for photography art books. If I find one I like, I purchase the book, then take it home to study it. One of my favorites finds this year is by Laura Wilson: Hutterites of Montana. I also ordered a book filled with Elliott Erwitt’s work: Home Around the World. I feel like because they had little in the way of technical gear, their work speaks more about the moment they captured. 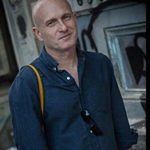 I am currently trying to go back to basics, am a long time profesional but trying to spend more time looking at the history and those photographers who first inspired me..I am also in the process of creating a space for learning and sharing with a fully equipt darkroom and intend teaching and experimenting with antique photographic process etc