How To Understand Google's Ranking Algorithm In 90 Seconds 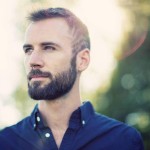 Hey all – I found this in my web wanderings and felt it’s good to share:

How To Understand Google’s Ranking Algorithm In 90 Seconds

OK, remember the following 3 words, because they sum up how Google works:

Google want to serve up results that are RELEVANT, so if you type in dog training, sites like…

“Dog Training – How To Train Your Dog In 3 Easy Steps”

… are probably relevant, especially if the page itself also contains the keywords.

But now, who can they trust? Google invented PageRank (PR), which basically tells Google how much they trust a site, on a scale from 0 to 10.

So in a purely two horse race between…

The higher PR site would win with Google. AUTHORITY.

But, but, but… Google also want to deliver pages that are POPULAR. People “vote” for a page by linking back to it (backlinks)!

So back to our horserace. If we found…

Google will think… “hmm… people seem to be voting for dogtraining1.com more… maybe we should put it before dogtraining2.com!)”

But then, spanner in the works… if the second site’s 10 backlinks are RELEVANT (i.e. the linking text says “dog training”) and carry AUTHORITY (i.e. CNN, BBC). and the first site’s 1,000 backlinks don’t have relevance or authority, the 10 backlinks could carry more weight!

Most of the sites in the Top 10 for a popular keyword will usually have at least two of these working for them.

So a low PR site (low AUTHORITY) can outrank others if it can get more RELEVANCE and POPULARITY.

Sometimes a page can dominate because of the domain’s AUTHORITY and POPULARITY, even if it is a little less RELEVANT.

Just remember, it’s pretty much all about those three words: RELEVANCE, AUTHORITY and POPULARITY.

Thanks Ian! Great to know. 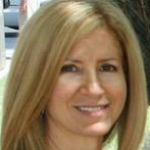 A beautiful recap Ian – you took a subject that many people find confusing and summed it up in a very clear and concise way.