Forums › General › GENERAL › Are you monolingual? Tell me how you feel about it

Are you monolingual? Tell me how you feel about it 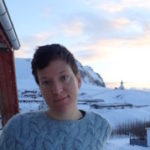 I’m a typical American in this respect – English is my only language. And it makes me so damn frustrated!

After high school, I spoke really amazing French and I always think if I’d just kept up with it in college, or taken a semester abroad, I would be able to get by in French.

Having just returned from Cuba, I feel the pain of monolingualism once more – there were so many questions I wanted to ask, if only I’d encountered Cubans with enough English to understand me or spoken more Spanish than I was able to cram with Duolingo.

So tell me, are you monolingual? How do you feel about it? Do you try to learn languages when you travel? If you speak multiple languages but have an opinion on this topic I’d love to hear it too… 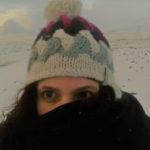 It’s never late to learn a new language! That French you learned in high school is still somewhere in there. It’s a good base to have in order to learn any of the Romance languages. Join a conversation club, exchange your English for the language of your choice (I’m sure there is people in your nearby area that would be interested), travel to a country where they speak the language you want to learn and don’t shy away. Being exposed to it it’s the fastest and most fun way to do it. 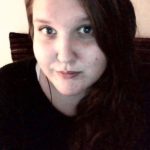 Coming from Norway, we learned English as an addition from pretty early on, so Norwegian and English are the two languages I know fluently – never really been monolingual. (So perhaps I shouldn’t be commenting! Although I have an American boyfriend who also only knows English, so I’m familiar with the struggle he feels about it.)

Also spent a year on Duolingo (recommended!) a couple of years ago learning a bit of French – I wasn’t good at keeping it up, but I did learn a lot about language as a whole, about the structure and how similar certain words are across languages. Right now I’m trying to learn the basics of Spanish, and I find it kind of easy – just needs a bit of repetition.

The point is…Once you learn some of the basics, it’s really easy to learn further on, even if it’s a different language. Check out Duolingo and get that French and Spanish going! Best of luck! (Futurelearn.com also has a Spanish course going right now, that’s the one I’m taking.) (P.S. Both Duolingo and Futurelearn are free.) 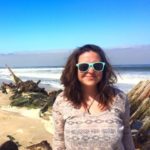 Awesome Kristine! I’ve never heard of Futurelearn, but I’ll have to check it out now.

I totally relate to your frustration as well, Lindsey. Although I picked up a ton of Spanish in South America, I’m still not where I’d like to be. When I came back, I was pretty much like “Okay, that’s it. I’m going to learn Spanish.” Of course, in retrospect, I probably should have done this BEFORE going to South America, but as Alba said, it’s never too late to learn! 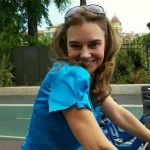 Well, I have been living in Italy for 10 years now, and I am ashamed to say I am not anywhere near being fluent.  It is so bad, I actually signed up for an Italian class just a few weeks ago.  I love languages, but am not very good at them.  But like Alba mentioned – it is never too late!  🙂

Thanks everyone who took the time to answer! I use Duolingo and have also used French language podcasts in the past. I know it’s not “too late” to learn a language, but I was interested more in how it feels for other monolinguals to travel.

Specifically did you ever feel you missed out on experiencing some part of a culture because you could not communicate in the local language? Did something – a love interest, getting lost, etc – motivate you to increase your language skills to communicate better?