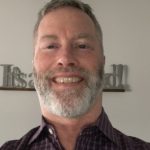 Traveling from cities to countryside, Uganda to Rwanda, you will track the critically endangered mountain gorillas, see the countless wildlife species, diversity of bird species, wide range of landscapes, mind-blowing cultures and other interesting attractions, making this your first-ever exciting trip because these countries are two of the most exhilarating African destinations to spend your holiday and have indelible safari experiences.
If Uganda or Rwanda was a partner, you would probably wish to stop all the travels to other places and settle down. You will be blown away by the beauty and biodiversity in these two countries and feel like you are in another planet.
Tourists to Rwanda and Uganda experience and see more or less the same things and in a trip to any or both of these countries, you will be able to encounter big five animals and other African game species as well as the gentle giants of the jungles (mountain gorillas), see beautiful waterfalls, hike mountains and enjoy some of the watersports. Therefore, be ready to discover 5 of the best things you can do on either a Rwanda safaris adventure or Uganda safari.

Mountain gorilla trekking within Volcanoes National Park (Rwanda) and Bwindi Impenetrable/Mgahinga National Parks (Uganda)Your bucket list of things to do in Rwanda and Uganda is incomplete without mountain gorilla trekking and is evidently every tourist’s dream come true and ultimate goal. Most people just see mountain gorillas on Television documentaries but not face to face but with a gorilla permit (costing $600 in Uganda and $1500 in Rwanda), the right attitude and right items, you will get the chance to venture into the jungles to spend at least one hour with one of the habituated gorilla families in Volcanoes, Mgahinga or Bwindi Impenetrable National Parks.
If you think you will find these primates in the zoos, then you are wrong because they only inhabit the jungles of four National Parks in the whole World, with the fourth being Democratic Republic of Congo’s Virunga National Park. Although it’s always considered to be the most costly activity in these countries, no experience can surpass the feeling of staring into the eyes of mountain gorillas and surprisingly, the demand for the adventure is high throughout the year because more tourists know how precious they are and willing to do whatever it takes to have just one hour with the gentle giants.
There are currently less than 900 mountain gorillas remaining in the whole World and most of them can be tracked from Uganda then Rwanda, whereby with the former, over 15 families can be encountered while with the latter, about 10 habituated groups can be tracked.

Bird watching
If you are a birder looking to encounter some of the World’s most extraordinary bird species, Uganda and Rwanda are the two places you must never miss to visit during your birding trip. Birding in most places in these two countries require tourists to stay out long hours and sometimes hike, especially in Mount Elgon, Rwenzori, Bwindi Impenetrable, Volcanoes, Mgahinga Gorilla and Nyungwe Forest National Parks where you will need to be physically fit to hike to areas of high elevations during birding.
Uganda is a haven to more than 1061 species of birds while as small as it is, Rwanda is a home to over 730 species of birds, making these two countries tourists’ most desired birding destinations in Africa and beyond. Due to the location of these two countries, birders have opportunities of spotting numerous Albertine Rift endemic bird species in addition to wide range of habitats-Lakes, papyrus swamplands, savannah, Afro-pine moorlands, forests and agricultural lands that also offer shelter to unique species of birds. Some of the birding spots in Uganda are the 10 National Parks, Mabamba swamp and Forest Reserves (Budongo, Mabira, Maramagambo and Kalinzu) while in Rwanda, the top birding places are Three of the four National parks (Nyungwe, Akagera and Volcanoes National Parks), Kigali City and the wetlands and marshes (Rugezi, Akanyaru and Nyabarongo wetlands).
Mountain climbing
The Rwenzori Mountains are Uganda’s most outstanding landmark with snow-capped peaks at 5109 meters (16,762 feet) above sea level but the Virunga Volcanoes-Karisimbi, Bisoke, Gahinga, Muhabura and Sabinyo sprawled across the borders of Uganda and Rwanda are also wonderful hiking places that can’t be missed.
City tours
Arguably the cleanest City in Africa, Kigali has a first-class reputation and referred as the Switzerland of Africa due to the rolling hills. There are countless ways you can explore the beauty of Kigali City without even spending a fortune. You can visit the Kigali Museum to learn about the history of the City (during pre-colonial and colonial period), explore the genocide memorial site-the painful reminder of a ruthless massacre of more than 800,000 innocent souls in 1994, take a tour of some of the local markets to buy some of Rwanda’s freshest organic fruits as well as art and craft markets (such as Uburanga and Ivuka Art Galleries) and stop by some of the local restaurants to have a taste of the country’s mouth-watering local cuisines.
When it comes to Uganda, you will have to maneuver through the vibrant and busy Kampala City where endless urban wonders await you. A tour to this City typically involves visiting Lubiri Mengo (Kabaka’s Palace), the Kasubi Royal Tombs (a UNESCO World Heritage Site where four of Buganda’s Kings were buried), Gadaffi Mosque (the National Mosque that holds significant history but boasts of unique architectural designs), Ndere Cultural Center (where you can experience Uganda’s cultural diversity through traditional music and dance performances), the Uganda National Museum, Bahai Temple, the different Monuments in the City, local markets especially Owino and Craft markets (such as the African village along Buganda road), Namugongo Martyrs Shrine, Early churches and local restaurants to taste Uganda’s delicious dishes with the must taste ones being Luwombo.
Game viewing
No trip to Uganda or Rwanda can be complete without participating in Game drives, the centerpiece of any safari in Africa. One of the most breath taking moments you will never forget is seeing a lion or leopard passing next to your open-roofed Land cruiser or stealthily hunting in the plains. A safari to Uganda’s Murchison Falls, Queen Elizabeth, Kidepo Valley and Lake Mburo National Parks as well as Rwanda’s Akagera National Park will introduce you to some of Africa’s game especially big five animals (lions, leopards, rhinos, elephants and buffaloes) as well as large herds of zebras, the towering and gentle giraffes, cheetahs on a hunt, antelopes, warthogs and so much more.
Conclusively, there are countless things you can do within Uganda or Rwanda, and deciding on only 5 activities is very difficult but a safari without gorilla trekking, game viewing, city tours, mountain climbing and bird watching is boring and incomplete.