A case against cases 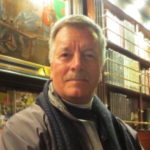 With airlines now charging for everything except oxygen on the flight, passengers have become aware of just how important that carry-on bag really is. More and more people are electing to forego the checked bag by trying to pack as much as possible into their carry-on. But did you know that just because you paid for the privilege of having a carry-on, that doesn’t guarantee it will remain by your side for your flight? That’s what we found out in a recent trip to New Zealand.

Like most travelers, we try to follow the rules by packing under the weight limit and keeping within the allotted number of carry-on items. This adventure was for 3-months, so we needed to make sure everything we packed arrived with us. New Zealand is a long way from Denver, Colorado, so no going back to pick up a forgotten item. We also wanted to ensure that those special items, prescriptions, copies of passports, hard-copies of all reservations and contracts, etc. made it with us and was in our possession at all times.
Our flight began boarding right on time. Those in the “Super Premier” line boarded first; then those in the “Executive Premier” line boarded; then those in the “Priority Premier” line; then the “Premier” line, the “Premium” line, the “Economy Plus” line, then, at last our line, “Other.” Finally, we’re on our way!

Not so fast. A man appeared from seemingly nowhere, running down the ramp to announce that the overhead compartments are full just as we had our tickets scanned to board. Now, we’re no novice when it comes to these situations. We’ve practiced for such an event at home, so we know that you never make eye contact, make yourself look as big as possible and if that fails, lie down in a fetal position and cover your neck, but it was too late. He took the bag from my wife and said it would be checked to New Zealand.

Here is where we almost made a fatal mistake, we challenged the judgement of a gate agent. Having flown with this piece of luggage before, we were aware that it would fit perfectly under the seat. However, Mr. Gate Agent said it wouldn’t and it would need to be checked. Defiantly we took the bag back and asked if we could try it under the seat, but he replied, “NO, it won’t fit so it’s being checked!” Once again, we pleaded with him to let us show him it fits, here is where it got very interesting. He took the bag back, handed it to the other gate attendant and marched up the ramp telling us to stay where we are.

Moments later he returned with who I assume was the Captain and said while pointing at me, “this is the aggressive passenger.”  Then they turned away from us and had a brief conference, I assumed they were discussing how well the Bronco’s had been playing, only to turn back and tell us if we didn’t want to check the bag, we could find another flight. So, let me think about that, a 3-month adventure in a foreign country 7,500miles away, a flight connection to make in Los Angeles so we can make all the other reservations and connections on this trip. OK, take the bag. Funny, but at that moment John Lennon’s song, “Imagine” started playing in my head. Over and over I kept hearing, “imagine no possessions, it’s easy if you try.”

They take the bag, throw a tag on it and off it goes. We’re finally allowed to enter the plane only to find El Capitan standing by the door with his arms folded while he eyed us very carefully. I smiled and wished him a happy flight, after all, if he has a good day, we all have a good day. We took our seats and the gate agent soon followed with our checked bag form and stated that the bag would be at our final destination, Auckland, New Zealand. Great, now all we have to hope is that it makes the connection in LA.

Deep cleansing breath, relax and settle in for the first leg of our adventure. This is going to be great. Just as my wife was putting the checked bag tag in her purse, she noticed that it said ‘Los Angeles’ on the destination, not New Zealand as we were told.  Really makes you feel good about a 4-hour layover because now you’ll need to go outside security, claim your bag at baggage claim, and reenter through security again. Had my wife not seen the destination on the tag all of our personal items would still be going around the baggage turnstile.

Once we landed in Los Angeles, we ran to baggage claim, waited the customary 40 minutes for our bag to arrive then headed back to security to make our connecting flight. The whole process took just under 1 hour and 35 minutes, plenty of time.

Moral of the story use a backpack for your carry-on. Even though the overhead compartments were full, only those with “luggage” were told to check them. Backpacks went through with no problem. Oh, and if you’re labeled an “aggressive” passenger because you disagree with the gate agent, don’t make eye contact, make yourself look as big as possible and if that fails, lie down in a fetal position and cover your neck.

Have a great trip, meet wonderful people and do and see amazing things. After all, that’s what it really all about, isn’t it!